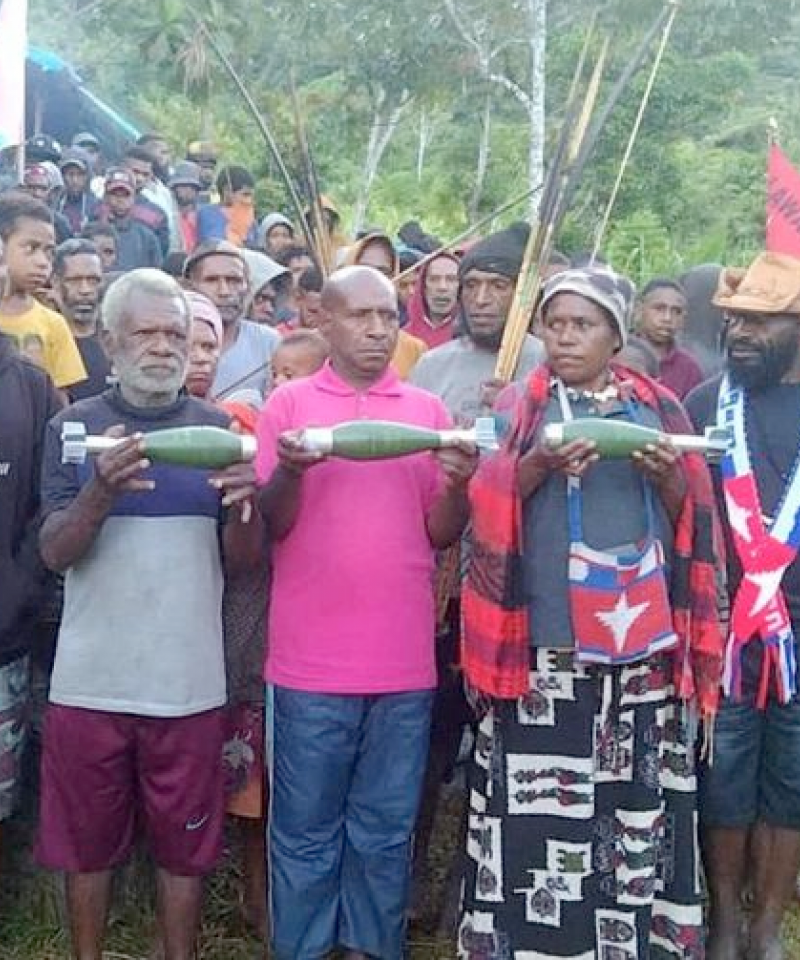 Krušik Valjevo is a Serbian state-owned arms company founded in 1939. They specialise in the production of high-explosive mortar shells, grenades, air bombs and mines. The company’s revenue in 2018 was €94m, and they employ over 3,000 people. The company claims to have contracts with over 70 countries, with key exports to UAE, Cyprus, USA, Bulgaria and Saudi Arabia.

The company’s main facilities were heavily bombed in 1999 during the Kosovo war, with hundreds of bombs calling on the factory, including by NATO carpet bombing raids – workers have described the experience of working in the factory while it was being bombed, the steps taken during the war to move equipment to other facilities, and how when martial law was declared workers were expected to continue working.

The state-owned company has a close relationship with Serbian politicans and their families. For example, in 2018 it was reported that the Serbian Interior Minister’s father was involved in an arms deal with Saudi Arabia.

Krušik weapons were recently photographed being used by Ukrainian special forces against Russian troops. Questions have also been asked about the final destination of a cache of weapons that were being carried on a Ukrainian plane to Bangladesh which crashed near the Greek city of Kavala in July 2022. Though the company that operated the plane have denied the weapons were bound for Ukraine, Vuk Vuksanovic, of the Belgrade Centre for Security Policy, has said that questions remain unanswered.

In September 2019, it became public that three million mortar shells manufactured by Krušik and originally sold to US Federal contractor Alliant Techsystems ended up in the hands of ISIS fighters in Yemen. This revelation led to the arrest of whistleblower Aleksandar Obradović, an IT worker at Krušik, on suspicion of revealing company secrets. Despite popular protests in support of his actions and decrying the prosecution Obradović remains under house arrest.

The company’s weapons have also been found in West Papua. Images of a Krusik 81mm M72 HE Mortar were shared by BBC Indonesia in November 2021. The Krusik 81mm M72 HE has a range of 4.9km and a “killing range” radius of 14m. The BBC report indicates that this high explosive weapon is used during combat in forest areas where it is difficult to know exactly where the target is.

The images were taken by members of the West Papuan National Liberation Army (TPNPB) militia group in Kiwirok, and a commander of the Indonesian Cenderawasih Military Command, Major General Ignatius Yogo Triyono, confirmed that his troops had fired mortar rounds at Kiwirok. Investigations conducted by Conflict Arms Research into 4 bombing incidents using Krusik Mortars revealed that the declared end user of the munitions was the Indonesian State Intelligence Agency.